We are thrilled to announce that both Shasta and Sonoma were adopted together by Steven and Catherine K. in Rosemead, CA.

Sonoma is an absolute love bug! About 3 years old, she’s a husky mix — probably husky mixed with border collie. Super sweet, she’s great with people, kids and other dogs. She hasn’t met a cat yet, but we expect she would likely be ok (we’ll update if we find out otherwise when she meets her first cat!). She is super smart, and as a result she’s a bit of an escape artist and can undo many types of latches and can find her way out of most crates, so she will likely need some additional reinforcements to keep her secure. She was on death row at an LA county shelter due to to overcrowding, and was saved by Hollywood Huskies only hours before he was scheduled to be put down. This girl has so much love to give, and she is happy in her new forever home! 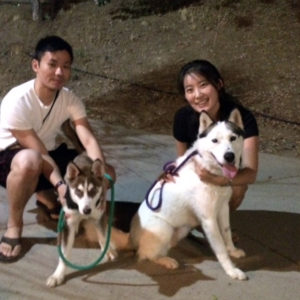 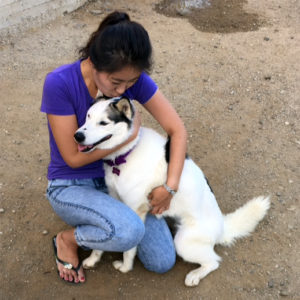 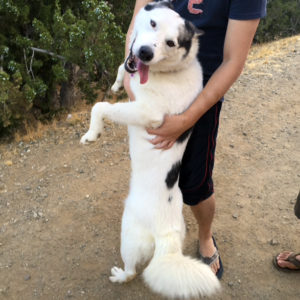 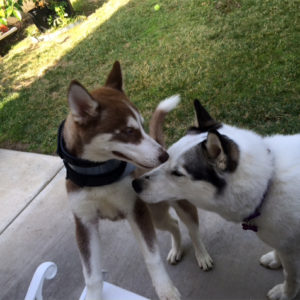 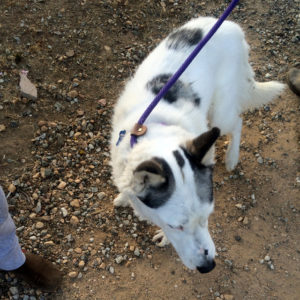 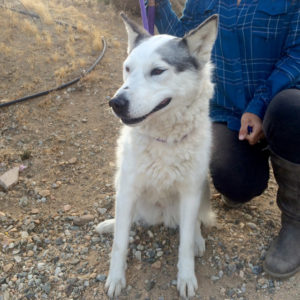 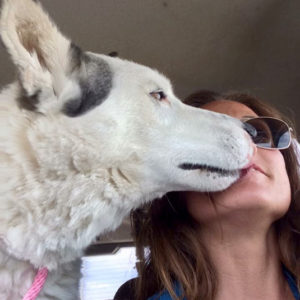 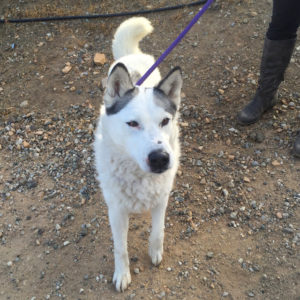 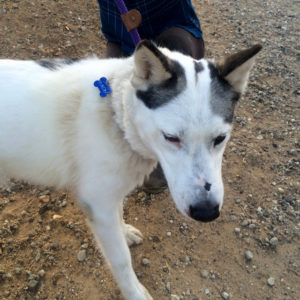 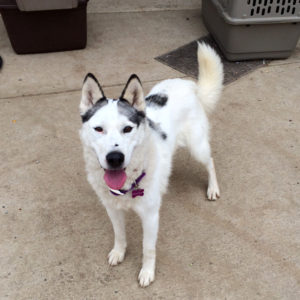 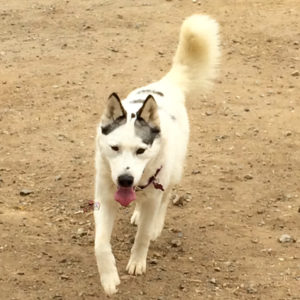 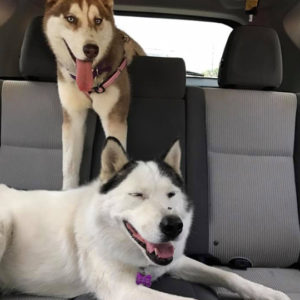 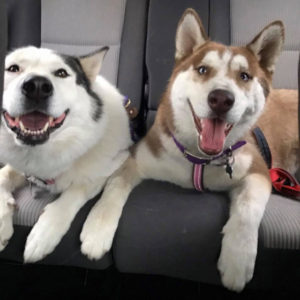