Phoenix, now renamed Blue was adopted by Dominic, Tiffany and their daughter Katie in Burbank, CA.

Meet Phoenix — a beautiful white/cream husky with one blue eye, one brown. He’s about 6-7 years old, super sweet and gentle. He has a tragic background of owners who were fined multiple times for neglect and inadequate shelter, and eventually they dumped him at the shelter where he ended up on death row until he was rescued by Hollywood Huskies. We’re still working on cleaning up his fur which was so dirty it was stuck together and matted, but underneath, he’s got a beautiful soft white/cream coat ready to shine. In spite of his background, he shows zero signs of aggression, and his trainer says he’s “gentle as a marshmallow.” He has been afraid of new people until he knows he can trust them (he hides and shakes until he knows it’s safe), but he’s working with a fantastic trainer to get over his fear issues — just the other day, he went up to a stranger on his own for the first time so he’s already making great progress! With a little more time, he’s expected to make a full recovery into a happy, normal dog who can leave his dark past behind. We named him Phoenix to represent his new, happier life. This sweet, gentle dog has found a new forever family who will show him the love and kindness he has always deserved. 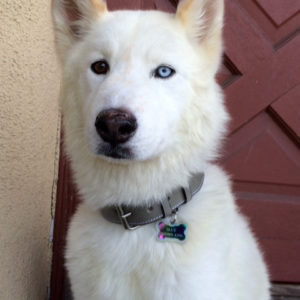 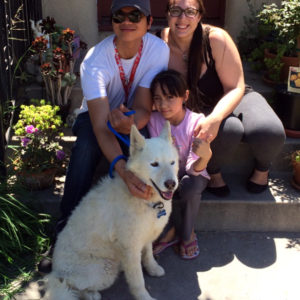 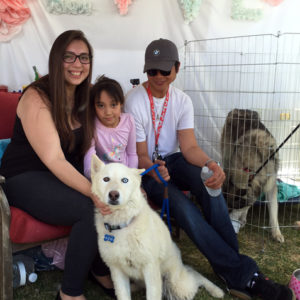 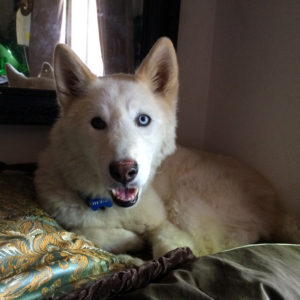 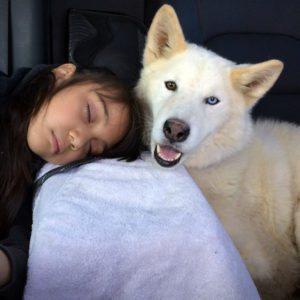 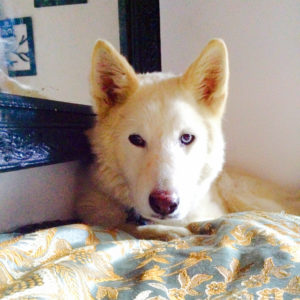 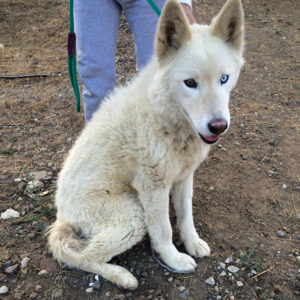 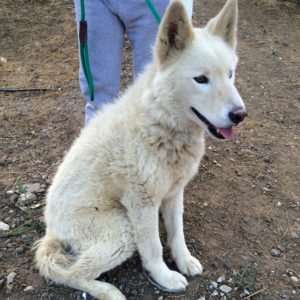 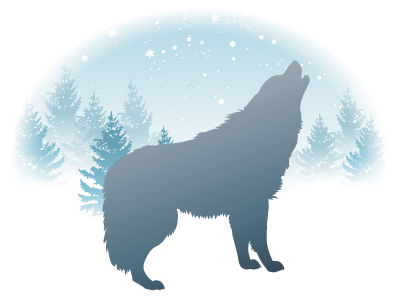