Executive Director and Founder Heather Schmidt has been a long-time husky lover. Born and raised in Calgary, Alberta, she now lives in Los Angeles with her five dogs, three cats, two pigeons, a horse  and several fish.

A classical concert pianist and composer, Heather also composes music for film, TV, and video games. More recently, she has turned her creativity towards writing and directing. 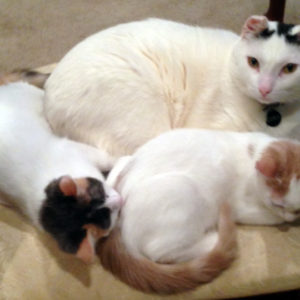 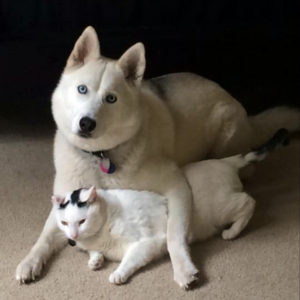 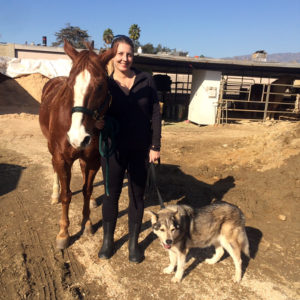 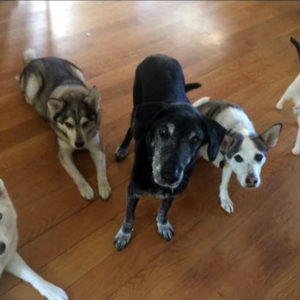 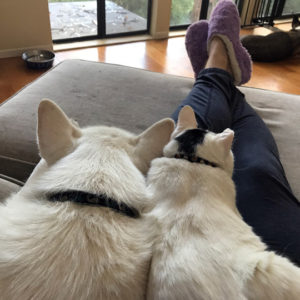 The Beginning of Hollywood Huskies:

Eight years ago, Heather lived in Philadelphia for one year. During that time, her husky mix Echo got very sick and nearly died. She spent a full week in ICU at Penn Vet, where her treatment included 28 blood transfusions. Fortunately, Echo recovered and she’s now a happy, healthy 12-year old. Heather was impressed by the vets and facilities at Penn Vet, and ever since, she has wanted to create a TV show about Penn Vet so more people can know about this incredible place.

In 2016, Animal Planet greenlit a TV series about Penn Vet called “Life at Vet U.”, Heather was one of the co-executive producers on the show. In honor of Echo’s amazing recovery, Heather used all the money she receives from this TV show to start a new non-profit dog rescue—which led to Hollywood Huskies. The six one-hour episodes of Life at Vet U are still available to watch on Animal Planet, Amazon, and other platforms.

Victoria’s love of all creatures started at a young age; whether collecting caterpillars to watch them become butterflies and set them free or collecting all the strays and neighbors dogs to feed in her back yard much to her parents surprise.  She grew up with a red fox, raccoon, cats, dogs, bunnies, tortoises, chickens, ducks, and birds. She currently lives with a  hybrid husky wolf named Noodle and her husband. She has an active acupuncture and herbal medicine practice treating dogs, cats, horses and bunnies as well as human critters. Before returning to school to earn a masters in acupuncture, Victoria was COO of national textile firm providing designer fabrics to the hospitality and commercial real estate industry. Victoria enjoys being part of Hollywood Huskies and is committed to helping to rescue and find a new quality life for as many Huskies as the organization can responsibly save.