Adopted. Jasper is loving life with his new family in Glendale where he has a large yard to protect. His hip dysplasia is under control and he has a great prognosis!

(Jasper is only an “honorary” husky – he’s a Great Pyrenees mix.)

Jasper is a lovable big guy, about 75 pounds. He’s about 3 years old. He’s great with all people, loves kids and would be good as either a family dog, or as a solo buddy to a couple or single person. He was on death row at an overcrowded LA county shelter, and when Hollywood Huskies rescued a husky two kennels down, they realized that Jasper was such a great guy, they had to save him too even though he wasn’t a husky! He’s a bit choosy with his dog friends, so if the household has another dog, they would need to meet and compatibility assessed on a case-by-case basis.

Jasper is a special needs dog – he has hip dysplasia, especially on one side. He was likely born with it as a congenital condition, given that he is a young dog. As you can see from the video, in spite of his hip condition, he is fully mobile, but he will likely need a lifetime of meds to manage and/or surgery at some point down the road. Hollywood Huskies will help cover the cost of medication and/or surgery to anyone who adopts this sweet dog.

He’s a beautiful dog with gorgeous blond locks, and a gentle heart who has found his forever family! 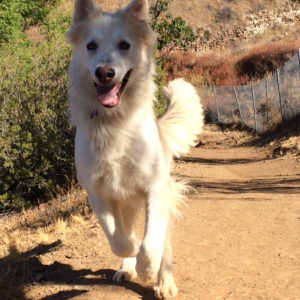 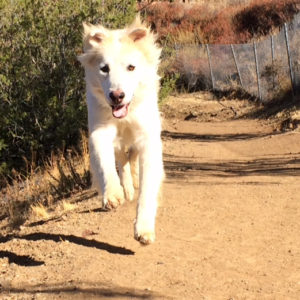 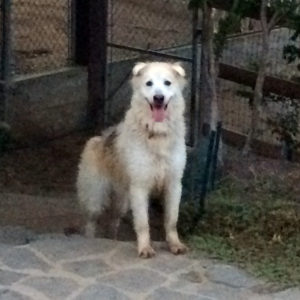 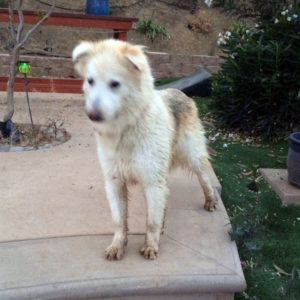 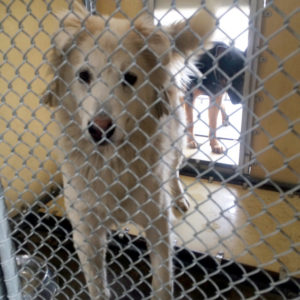 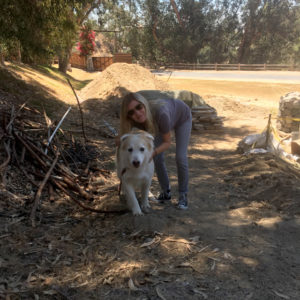 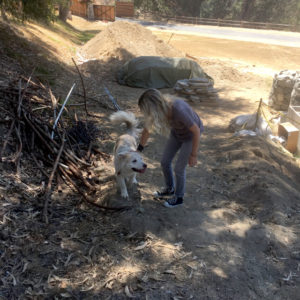